From Lemonade Stands to Large Businesses, Governmental Regulation is Slowly Choking the American Way of Life.

“A prescription for our corrupt, rigged, flawed, and squeezed political system.”

Our current political system not only allows for deceitful and deceptive politics, it actually rewards elected politicians for this deception.
“The story of our rigged and unethical political process is covered thoroughly (and referenced in about 35 places) in the book. However, the book is not only about political chicanery and the self-dealing of politicians. The book is about Common Sense Conservative principles, wayward government policy, unethical/deceptive political practices, and the need for “we the people” to get off the sidelines and engage. In other words, the nation is off-track, and it is both political policy and process that needs the attention of “We the People”.

Not an Expert: My whole perspective is that I am not an expert. I am just an informed American citizen (who has done her homework) who is not satisfied with the direction of our country or the way in which it is currently being governed. I am not a political activist or even a “Tea Party” participant. I have never been to a political rally, and I do not march, carry signs (or even place them in my yard), or put together events. I am not a pundit, a political scientist, a historian, a constitutional lawyer, or a politician.

I am a mother of four who was not particularly politically motivated (other than to cast an informed vote) until I saw the current level of out-of-control government spending, excessive regulation, unimaginable debt, private company bailouts by the government, attempt to take over healthcare by the federal government, and weakness on defense and terrorism. I represent all of those who have not been particularly involved in the political process until recent events. I am a registered Republican, but I am displeased with nearly all politicians, including most Republicans. My values are common sense conservative; and consistent with the Constitution and the notions of our founding fathers.
My book is written for everyday Americans by an everyday American.

Teaching Guide for Kids: My book has an important and distinctive secondary mission. It is designed to help teach our kids common sense conservative values and to think for themselves. Don’t Take My Lemonade Stand – An American Philosophy is supported and reinforced by lemonade stand parables, captioned illustrations, end-of-chapter kids’ questions, and section summaries, to help prepare our kids to meet the obligations and responsibilities of all American citizens when the baton is passed to them.

Call to Action: Freedom is not free, and citizenship does not come without obligation. Our politicians and their appointed bureaucrats will not control themselves without principled and persistent citizen involvement. Don’t Take My Lemonade Stand – An American Philosophy provides the history, the principles, the practical application, and the guidance for everyday citizen involvement. The book details fourteen actions that everyday Americans can take and seventeen Conservative issues that they can support to make a difference in how our government is run. 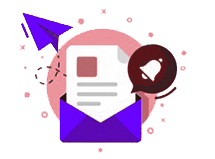